The entrepreneurship rate is an indicator of the territory's potential to generate wealth, at the same time as it measures the potential for business creation and employment by the territory's social agents. It is measured by the number of existing companies per thousand inhabitants. To calculate it, divide the total number of companies in the year by the population in thousands of people.

Illustration. Entrepreneurship rate in the EGTC 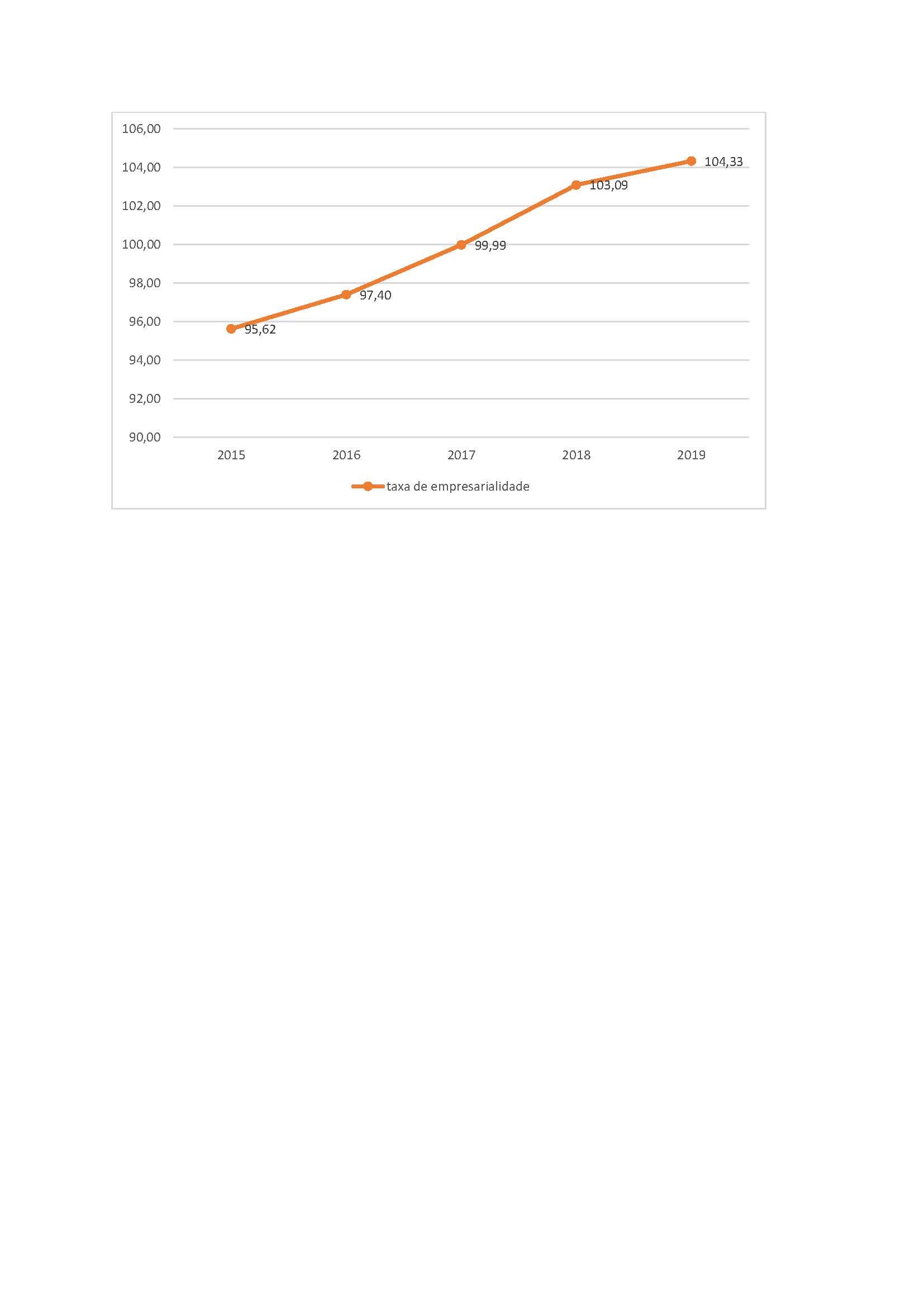